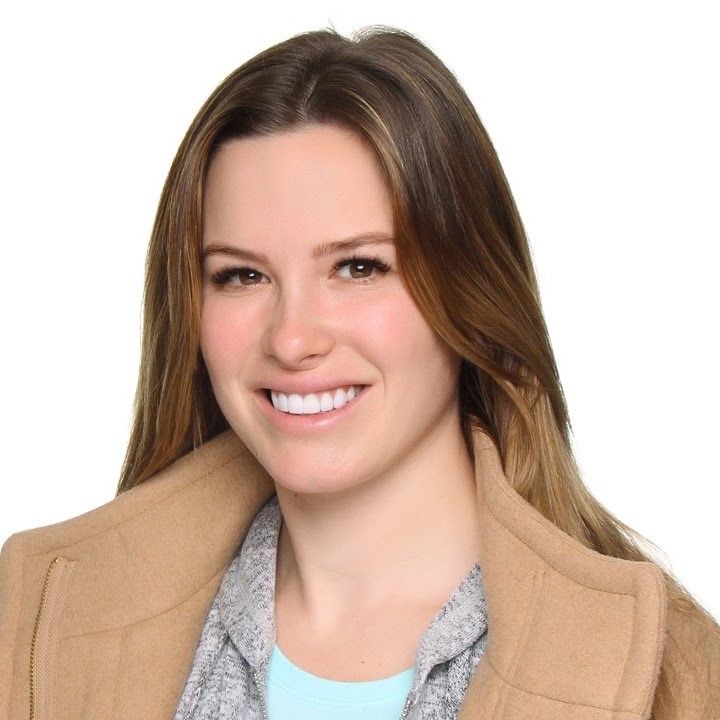 My name is Elizabeth Sfondrini, and I just want to take a couple minutes here to talk about my story and where I am today, because it has been a long road. I think my teeth problems probably started when I was in 8th grade. I had some issues where I had so much trauma to the front tooth that ultimately, I ended up having to get the entire root removed. You can imagine being in grade school, not having a front tooth, the teasing, being self-conscious, everything that comes with that territory. I was fortunate I did end up having a tooth placed there, but it was always discolored. They were always shaving down the other two teeth to make sure that it would adhere and stay. It never sat right. My smile was just off. I remember being at my senior prom in my ball gown having to take out a retainer with a tooth because I couldn’t eat without it being removed. I just have a vivid memory of what that felt like, and I would never want anyone to feel like that.

But there was a light at the end of the tunnel. I ended up getting an implant done by somebody else, but unfortunately, it did fail. I went through months of pain and was just really discouraged, and I didn’t know what my process would look like, if I would ever have a smile I would feel confident in. Luckily, I was able to get veneers, so I went into college with a full set of six veneers, which I knew were temporary. It did come to the point where I saw my normal dentist, Dana Jones, and he said, “Listen, I’m going to recommend you to someone who is the best of the best,” and he was not lying. I came to Dr. Sonick’s office. The entire staff was incredible. They were so welcoming and understanding of my story, my pain, my path that I had gone through to get to this point.

Ultimately, we ended up doing a bone graft, which was not very fun, but it was necessary in my case because I didn’t have enough structure, I didn’t have enough support to hold the implant or for it to be structurally sound. In 2016, I went through the bone graft process which ended up being fantastic. Then, a year or two later, we ended up doing the implant, which I can say successfully stayed, which is a win in and of itself. Then we were able to go ahead and put on a whole new set of veneers. Right now, I have nine veneers in a smile that I couldn’t even dream of. I think we’re all so surprised at how beautiful it turned out given the trauma and history that I had, but ultimately, it wouldn’t have been so successful if it wasn’t for Dr Sonick and everyone who’s helped along the way. Him and Dana Jones have worked hand-in-hand, side-by-side to make sure that this is perfect. I can sit here and, personally and professionally, I could not be happier with how it turned out.